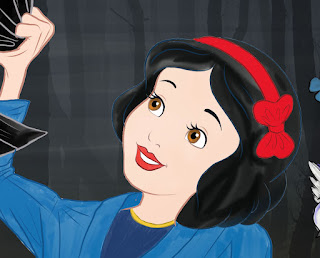 Each year I draw something in time for Christmas that I share on all my social media accounts. Last year I drew Red Riding Hood, this year, I thought a pun on the name Snow White (belt) would be amusing. So here it is! 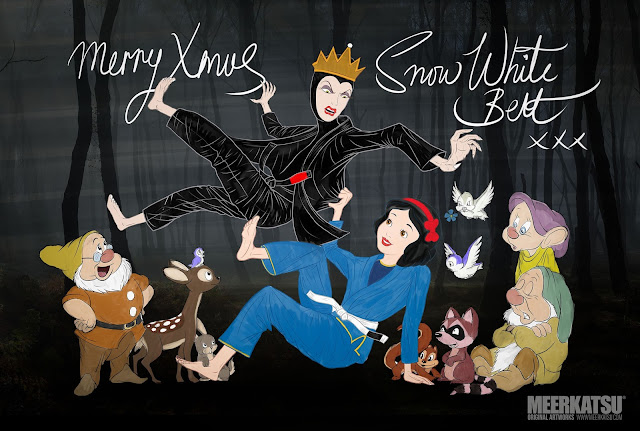 I used a lot of photo references by Googling Snow White and the Seven Dwarfs but I also drew all the animals and the two central character positions from my own imagination. Below is my preliminary sketch: 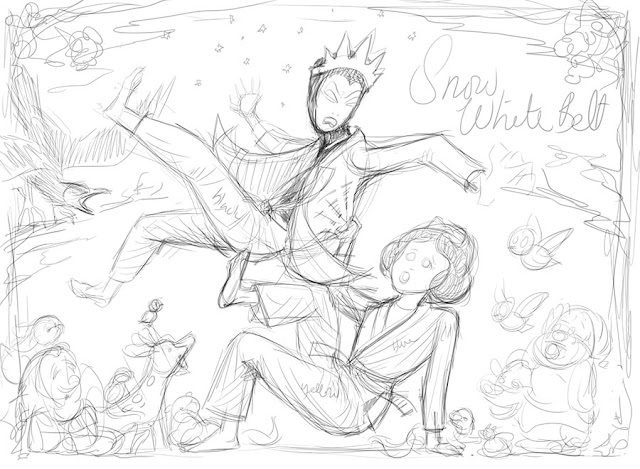 But I was running out of time to complete this before Christmas so I had to simplify the end version by omitting a few characters, quickly painting them in and using a stock photo of a forest background instead of painting it myself. I also didn't have time to fill in with shadows and highlights. Snow White's trademark pink cheeks are missing. 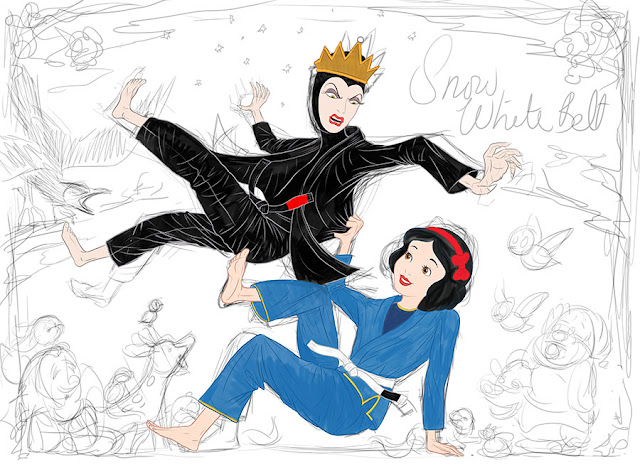 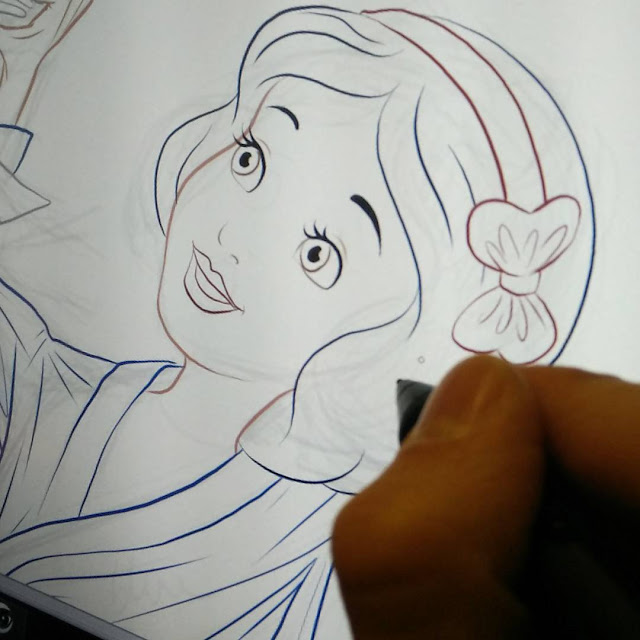 Anyway, it was made just as a piece of fan art for shares and fun. Merry Christmas everyone!