I've been drawing a lot of fairy tale characters doing BJJ/MMA recently - have a look at my Alice in Jiu Jitsu Land piece - this week, I took on the story of Little Red Riding Hood and gave it a typically Meerkatsu twist.


This design was drawn entirely in Manga Studio Pro. I began with light pencil tool to sketch out the rough composition: 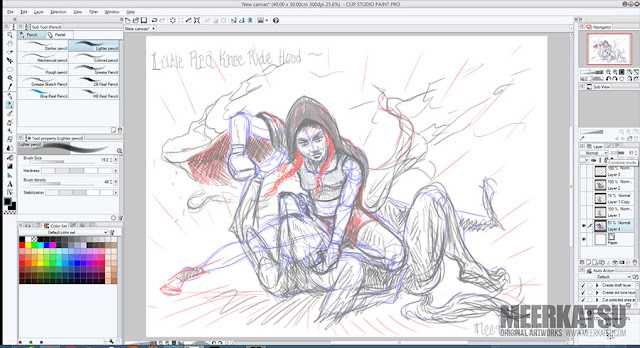 In order to ensure I had the characters posed authentically, I researched hundreds of MMA and BJJ stills and videos where the top fighter was using a position called 'knee on belly' also known as the 'knee ride'. I wanted this position as a little pun on the title of Little Red Riding Hood.

Next stage was to draw on a new layer, using the sketch above as my basic guide, I used a darker pencil tool: 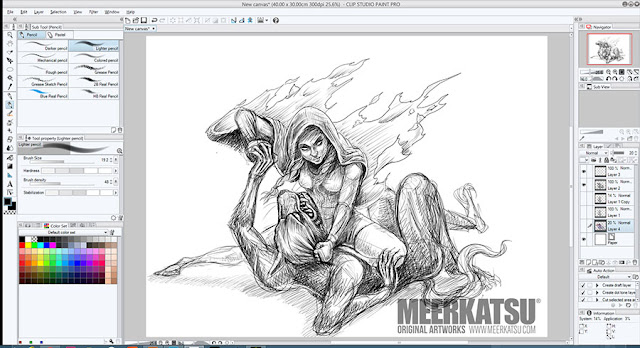 If you compare the two screengrabs above, you'll notice I made a number of positional changes - mainly with the Wolf and Red's fighting hands plus I changed Red's face quite a bit. The good thing with using the pencil tool is that the marks you make flow much nicer than using the pen tool. It simulates the way a pencil draws on paper quite well, hence it gives it a more raw, sketchy feel - which is what I intended.

Below, this frame shows how I began adding colour. I used a lot of layers to apply colour both beneath the pencil marks (her red cloak for example) and layers above the pencil lines (her hair highlights). 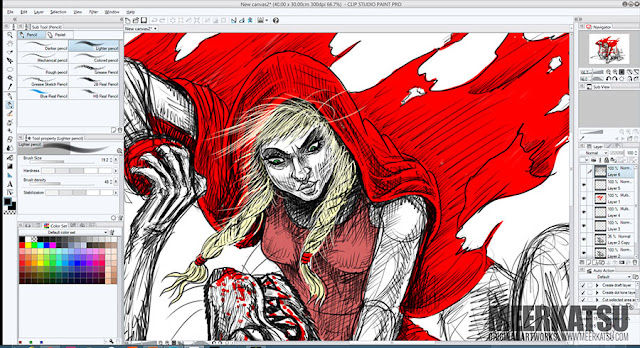 I wanted to place the characters deep in a forest in winter time. When I looked online at wintery trees, the quaking aspen trees in winter time offered the most beautiful settings. 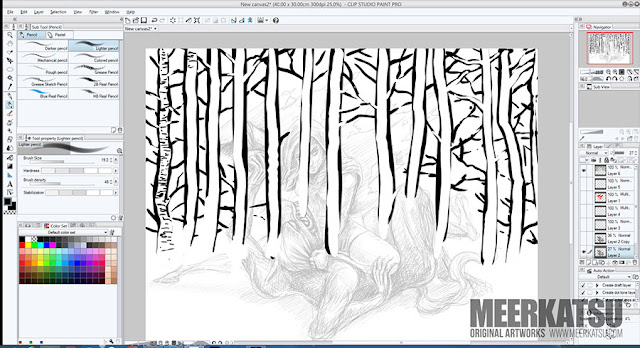 I knew I would be fading the trees into the background quite a bit hence you can see above, I drew the trees quite crudely.

After a further bit of playing around with layers, text and more shadows, the final version is seen here: 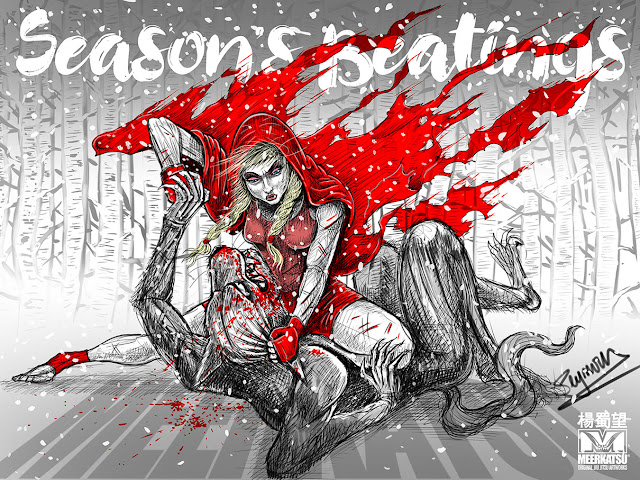