For Easter, I thought it would be timely to draw an idea I have had in my mind for some time - Jesus fighting with the devil using jiu jitsu. Naturally, the submission he uses would have to be based around the crucifix.

You can purchase this image as a poster and art print over on my Redbubble poster site.

Here is more about how I put this artwork together...


There were two things I wanted to get right with this image, first, I needed to make sure the BJJ technique known as the crucifix was drawn correctly. The BJJ instructional 'Mastering the Crucifix' helped me a lot (I review it here). The second area wanted to make sure was researched correctly, was the depiction of the stained glass window. But more about that later.

With a bunch of crucifix reference photos and videos to work off, I sketched this: 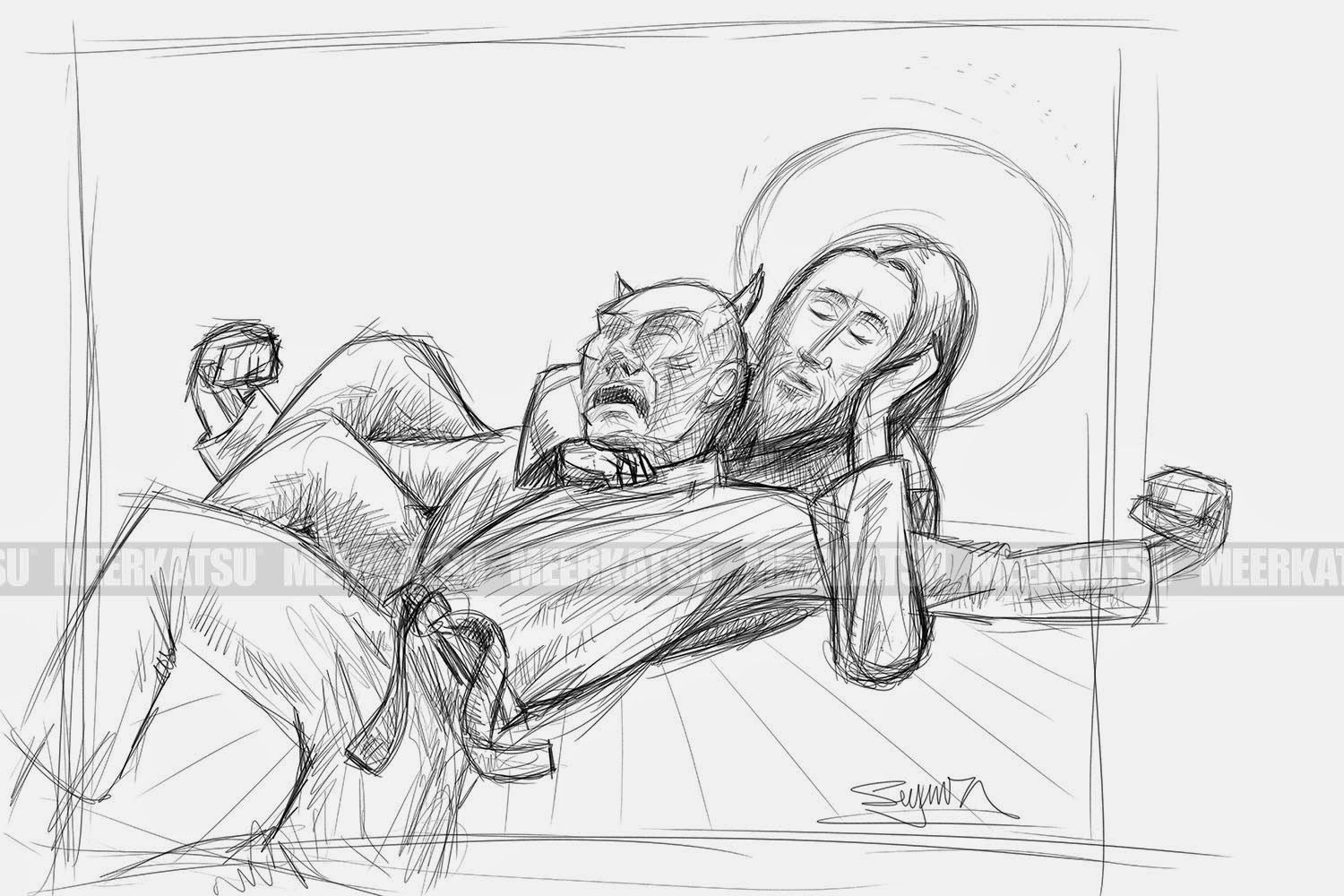 In order to ensure the final image would conform with historical depictions of Christ, I changed his resting hand to the gesture he uses in classical paintings and artworks.

The image below is what I settled on: 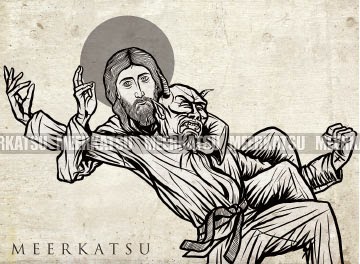 I liked the bodies positioned this way compared to my original sketch. Next task was to apply this as a stained glass window effect. So I looked at tons of medieval and Renaissance window art on the internet. And played around with the way the lead is used to create both the artwork lines and overall structure to the window:- 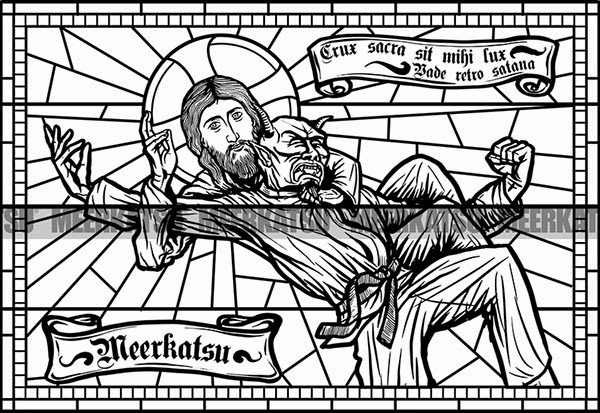 Next stage was to add colour. Even the oldest stained glass windows used some very bright colours, but of course, the techniques used became more sophisticated as the glass makers discovered new ways to create more colours. So I felt it was ok to use as many colours as possible, including shading. The final stage was to add an opaque texture layer, just to give the 'glass' some authentic grain: 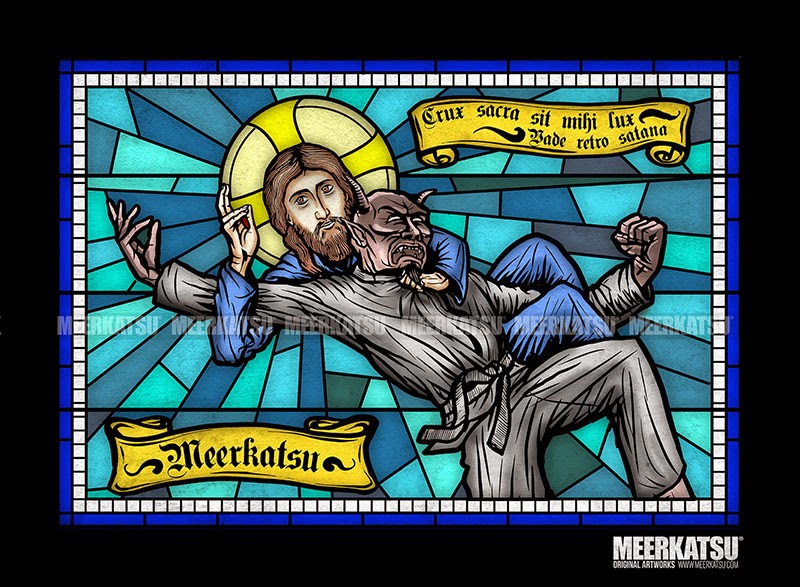 On a personal note, I was a little hesitant at first when posting this image on social media. I'm not religious myself so it was hard for me to gauge how people would react. Judging from most of the comments on my Facebook page, it seems to have been received well by theists and atheists alike, albeit with a couple of people who object to the image (I presume, to the depiction of Jesus, though they didn't quite specify.)

You can purchase this image as a poster and art print over on my Redbubble poster site.