The poster above features my drawing of a girl executing a 'bow and arrow' choke submission on a demon character. They are sort of air borne and thus I call this the 'Heavenly Bow and Arrow.'

Here's a brief run down of how I put it all together:-

Following the success of my previous geisha vs demon 'Heavenly'\series, I have wanted to draw this technique for a while now. I didn't want the girl to be geisha this time, so instead, I drew her in full jiu jitsu uniform. The demon wears a gi too, and so together, it avoids my dilemma of how to portray a very gi-based technique using characters who wouldn't normally wear a gi (well all my previous demons have usually been sparsely dressed).

I began with basic (and quite crummy pencil sketches) of which the one below is the best of the bunch. 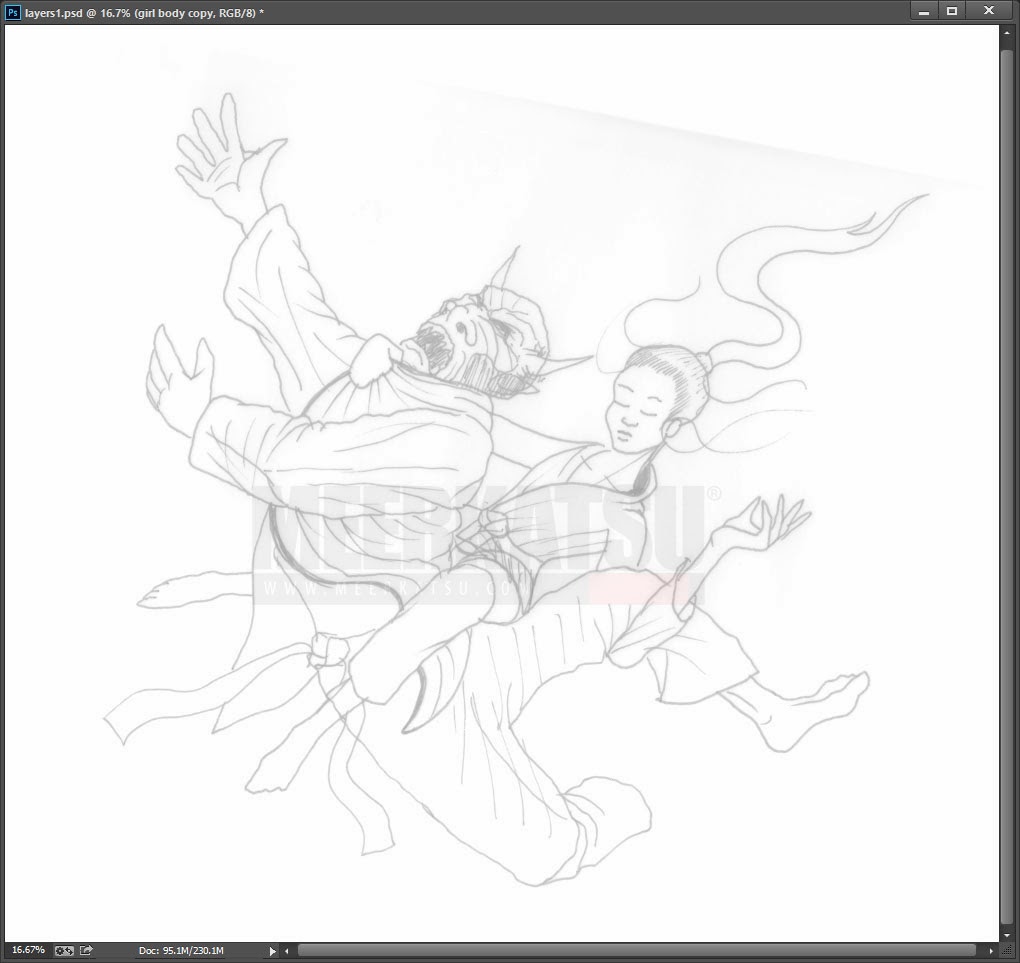 I scanned in the sketch and painted over the top of the scan using the brush tool in Photoshop. I chose Photoshop instead of Illustrator or my own ink pens because I felt it would generate the best appearance of lines that would suit the subject matter. 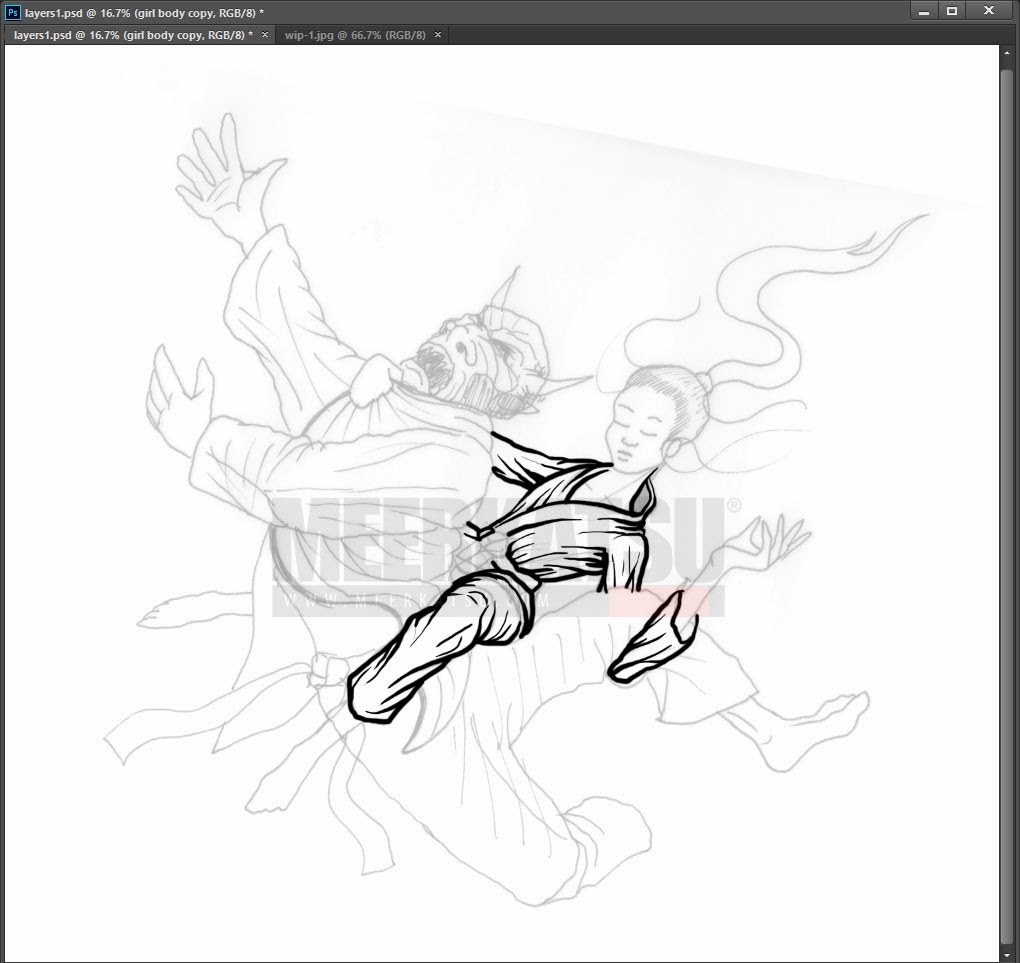 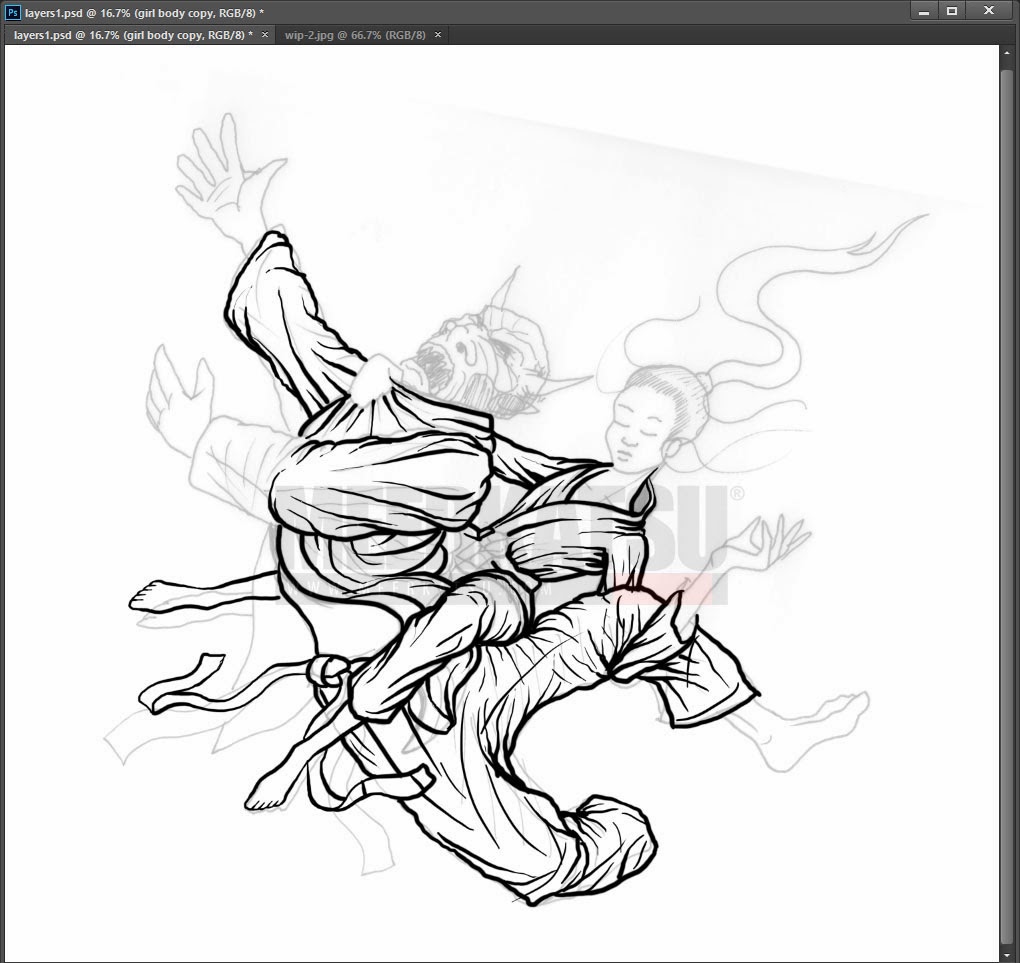 I also chose Photoshop as it would allow me to draw the composition piece by piece, layer by layer. For example I painted the lines for the uniforms first, and then on another layer I drew the girl's face, and on another layer, the demon's head etc etc. You see in the photo below the amount of layers I used and I wasn't even halfway through. 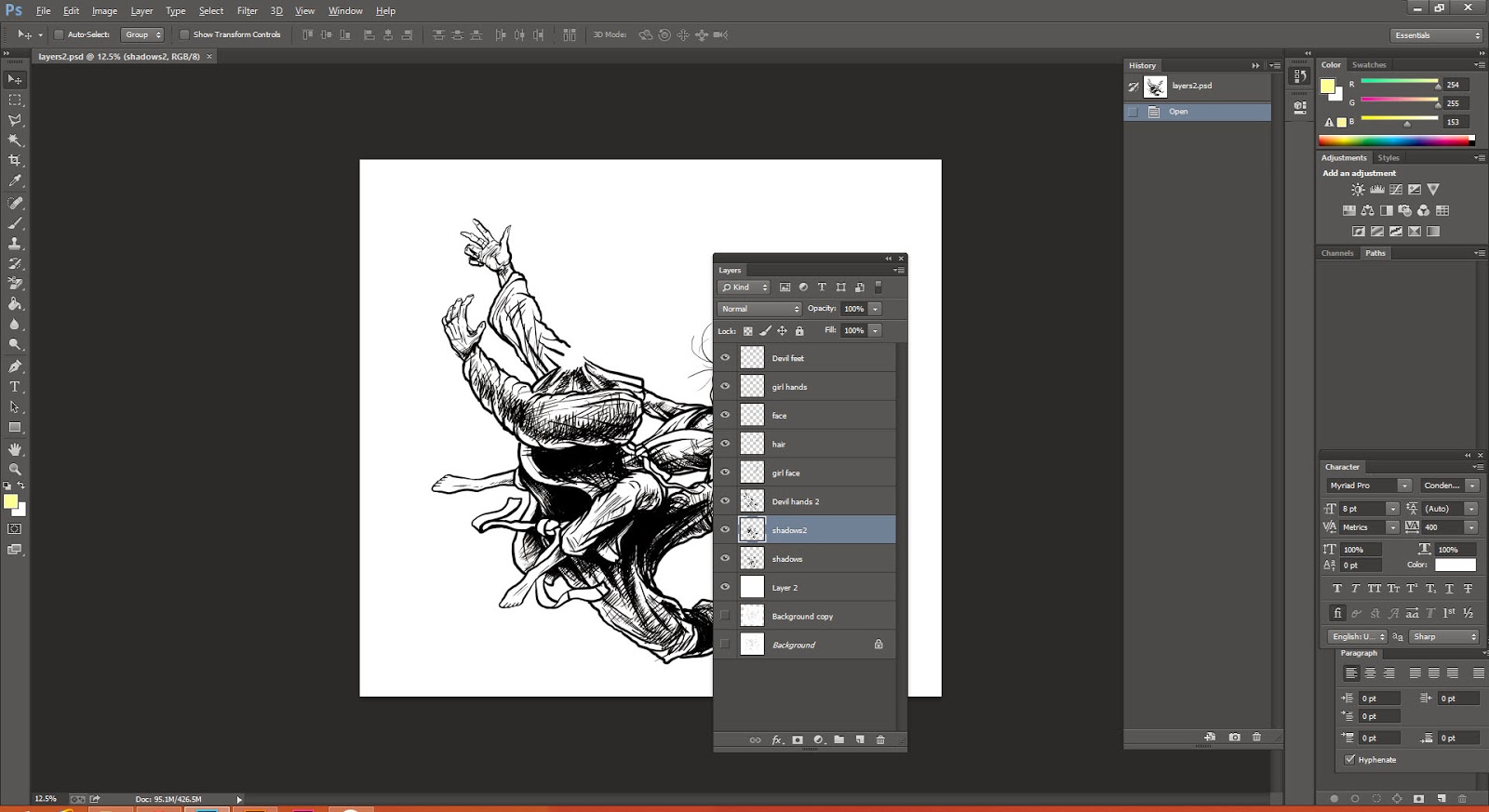 When the characters were completed, I opened the Photoshop linework in Illustrator and pushed it through Live Trace. This allows me to obtain a vectorised version of the image. I have Adobe CC and I have to say I don't like the way they changed the Live Trace tool compared to Adobe Illustrator CS5. Previously I could fine tune the way Live Trace would generate the paths, but now, I only have these presets, none of which I like. Consequently, bits of my image look a little chunky and unrefined compared to a Live Trace I could do with CS5.

Within Illustrator, I was then able to play with colours and add text and other graphics to complete the poster and t-shirt design (below): 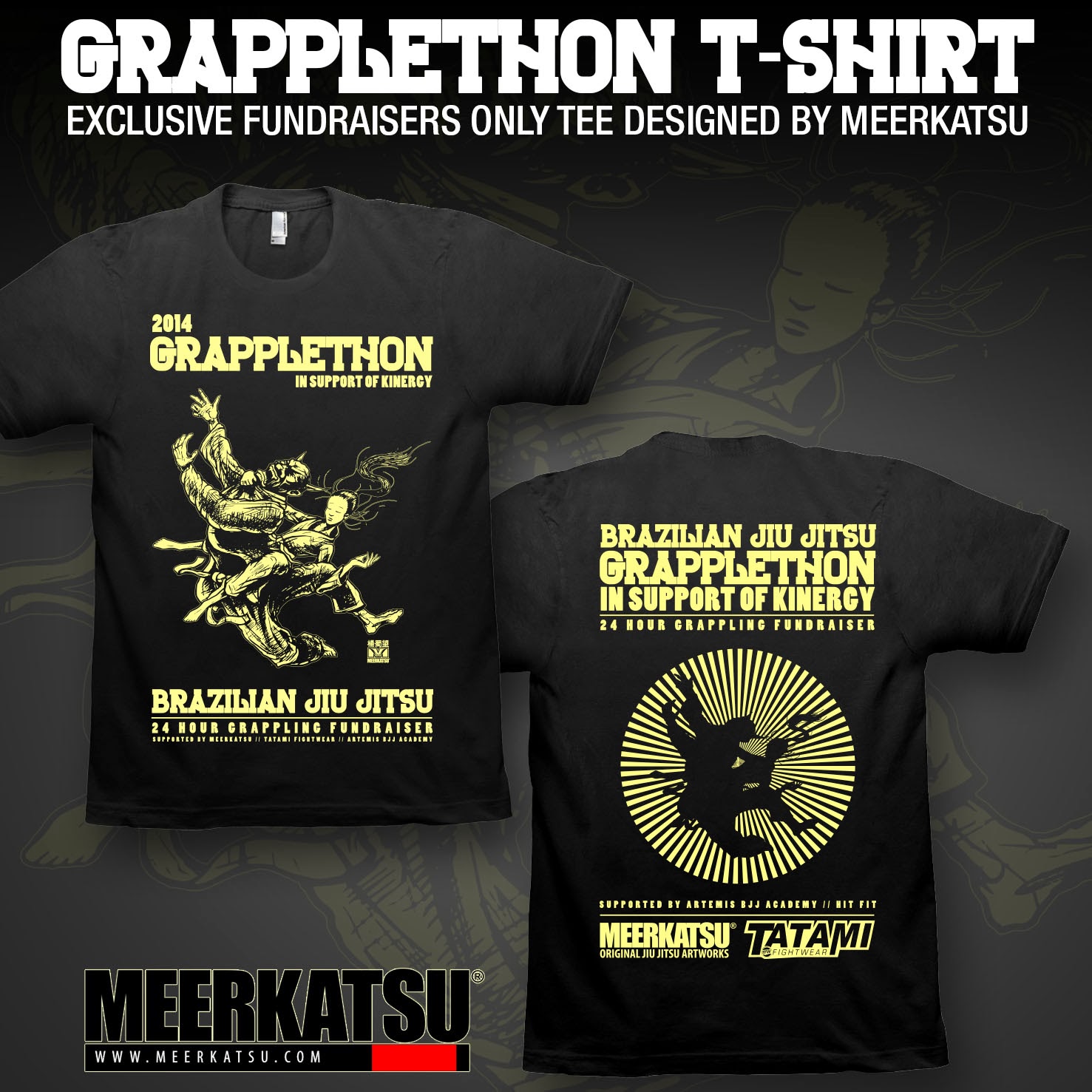 The Bristol Grapplethon in support of Kinergy will take place April 12th. You can donate on the Just Giving fundraising page here - http://www.justgiving.com/grapplethon2014