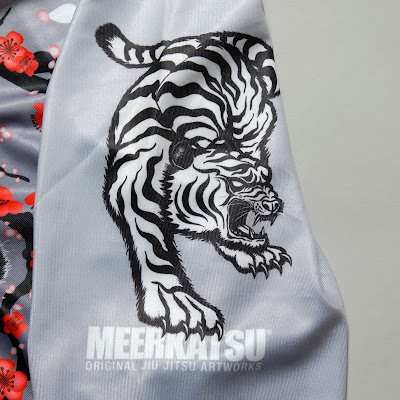 I was commissioned by Swedish fightwear brand Kenka to draw a series of rashguards celebrating the four mythological animals that represent the seasons in ancient Chinese and Japanese folklore. The White Tiger is the symbol for autumn and of the west.

I began with a quick layout idea: 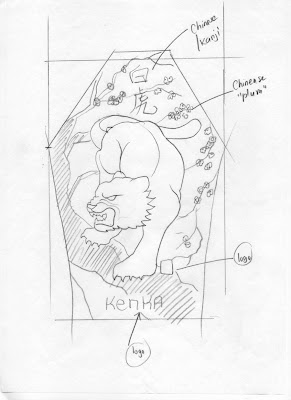 I wanted to evoke the flavour of some really amazing tattoo artwork I have observed of tigers and cherry blossoms, but with the twist of drawing it in my own personal style.

I chose to draw the tiger in pen first:

Then I scanned this into Photoshop, cleaned it up a little, then worked on it some more in Illustrator.

This is the bare bones tiger in vector form: 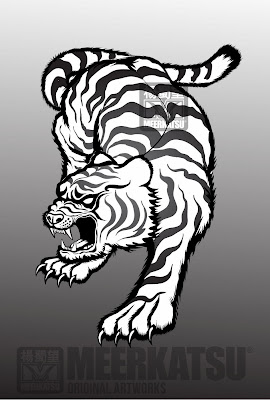 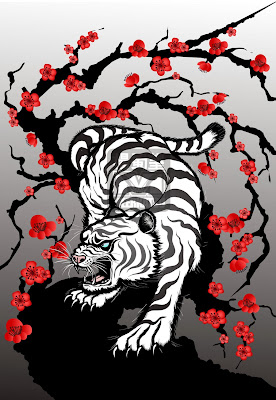 Then I went to town with 3 or 4 different petal shapes, each one with a nice pink to red colour gradient, then copy and pasted them at random places:

The front panel was simpler, I reprised the tiger and played around with mirroring him along with logo placement. Same again with the sleeves.

The final result is a really neat piece of garment making in my opinion! 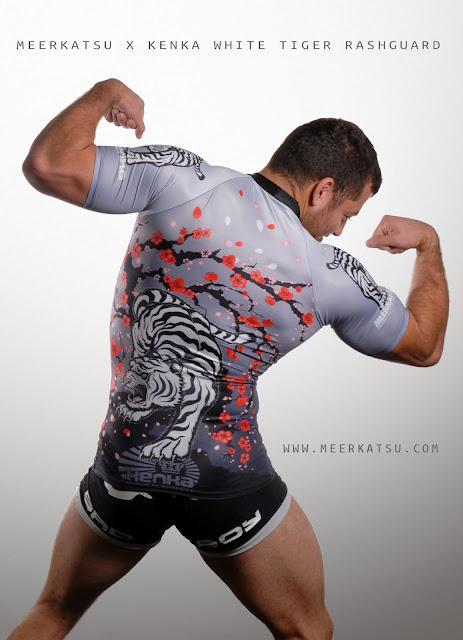